When on anchor, we all use a bridle. The bridle consists of two lines, running from the bows to the anchor chain. They are attached to the chain via a hook, Dyneema loop or otherwise. Purpose of the bridle is to stop the boat from swinging too much, taking the load off the anchor windlass and to absorb shock loads. We have added rubber mooring compensators for additional load absorption. The length of each part of the bridle should be equal to the distance between the two cleats on deck.
It is important to use a line that has a lot of stretch. Nylon 3-strand or Polyester 3- strand is ok. A not too thick polyester double braided line (we have 16mm) will do too. Note that stretch values given for a line are relative to the breaking strength of the line. A thicker line has less stretch than a thinner line under the same load! Suggested line diameters for cruising catamarans are as follows:

When on a mooring, I usually see two single lines running from each bow to the mooring line eye and back to the boat. In principle this is ok, but I see a lot of issues with this setup.

As explained above, doubled lines have less stretch than single lines. Also, the line between the mooring blocks and mooring eye is relative short too. All in all, there is little shock load absorption. During the last recent wind reversal which caused high waves here on Bonaire, there were several boats in trouble because the mooring blocks moved or the steel brackets were pulled out of the concrete blocks. All caused by too little shock absorption.
Make sure to use lines with a lot of stretch and when doubled, use a smaller diameter. I see boats using old Dyneema halyards as mooring lines and 26mm thick mooring lines doubled for a 20 ton Cat. That is just asking for trouble.
Then there is another thing to consider. The moorings in Bonaire have two mooring lines each. Each line is attached to a separate concrete block, which are linked by a steel cable. Because changes in wind direction and current makes the boat swing, it means that the boat is mostly held in place by one mooring line only. Either holding the port bow or the starboard bow. This means the boat is held under an angle relative to the wind, increasing wind resistance and load on the mooring.

On our mooring in Bonaire we therefore use a 20mm 3-strand polyester bridle, attached to one of the mooring lines. We then have a short line from our bridle to the other mooring line as backup. Our bridle runs to the deck cleats via fairleads. To prevent chafe even further we installed Dyneema anti chafe covers over the bridle where it runs through the fairleads. During the last wind reversal people noticed that our boat was the most relaxed boat in the mooring field. Our concrete blocks did not move an inch and we had no wear whatsoever. Nice about this set up is that when we go out for a day sail, we just disconnect the lines from the cleats on the boat and throw them in our dinghy that we tie to the mooring to keep it reserved. On return we just have to pick up the lines and attach them to the cleats. 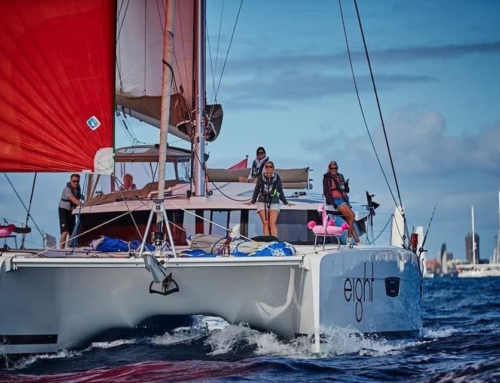 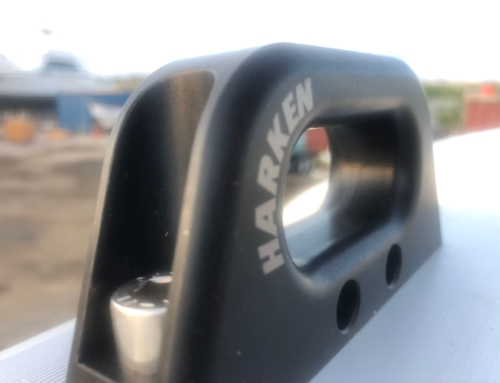 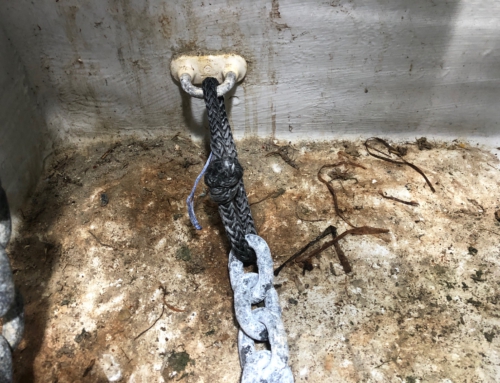 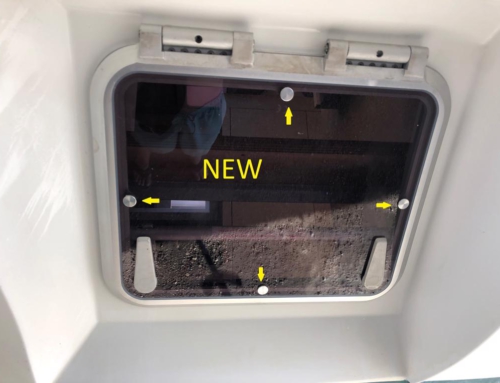 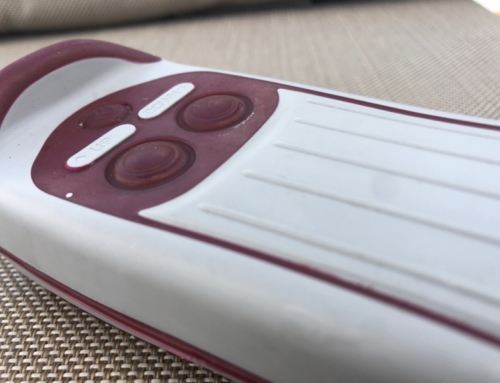 Using the windlass w/o engine Gallery

Using the windlass w/o engine 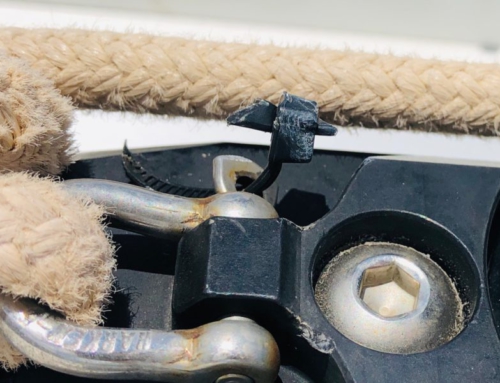