Lipari island to Ustica Island. A very small island between the Aeolian Islands and Sardinia in Greece. Our last stop in Greece! This would be a 2-day sail. We had a good sail and we had dolphins dancing at the bow! YeS!

Sailing along we became a little more worried because of the weather forecast. Lots of wind expected. Which is not handy at all when going to Ustica …  There is only one anchorage at the island which is in the small harbor of Cala Santa Maria, 38°42.489’N, 013°11.803’E. During the season, it is invariably filled to capacity. Since there are no alternative anchorages, Ustica should only be visited in settled weather.  We arrived early morning, although it was still dark.  We anchored at a bay just around the corner of the small harbor. Not a good place but for now not much choice. Let’s wait and see and have some sleep. A rolly few hours later we woke up to find another boat next to us. 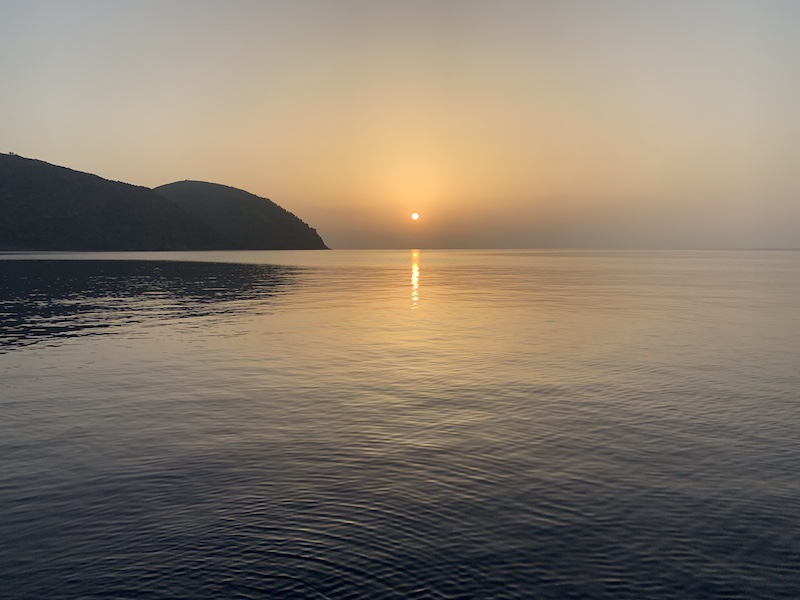 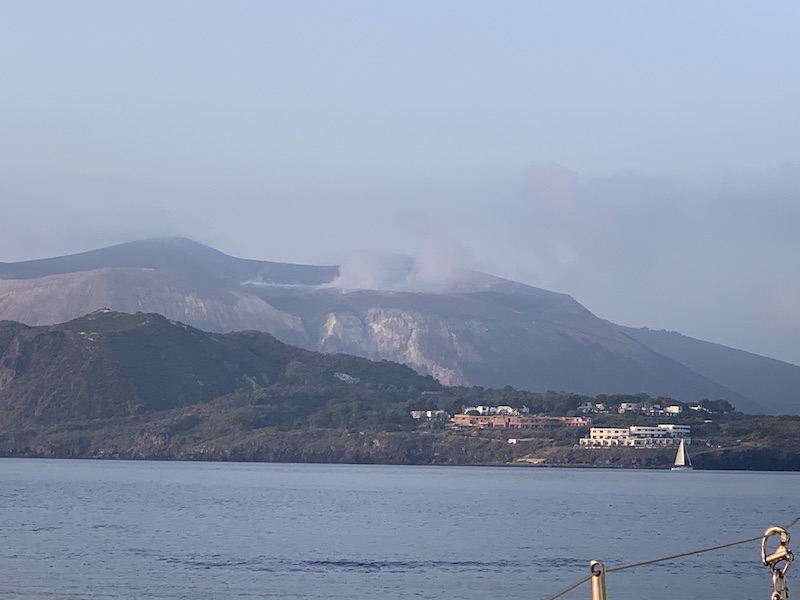 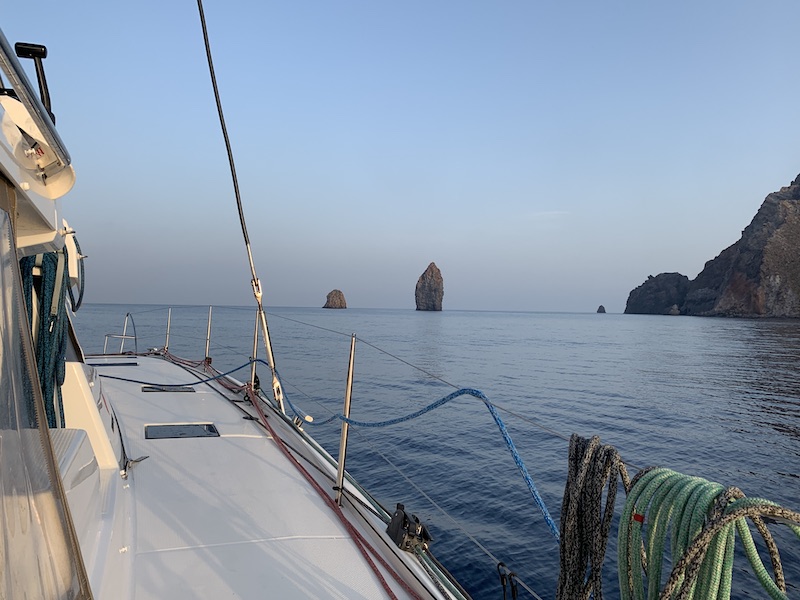 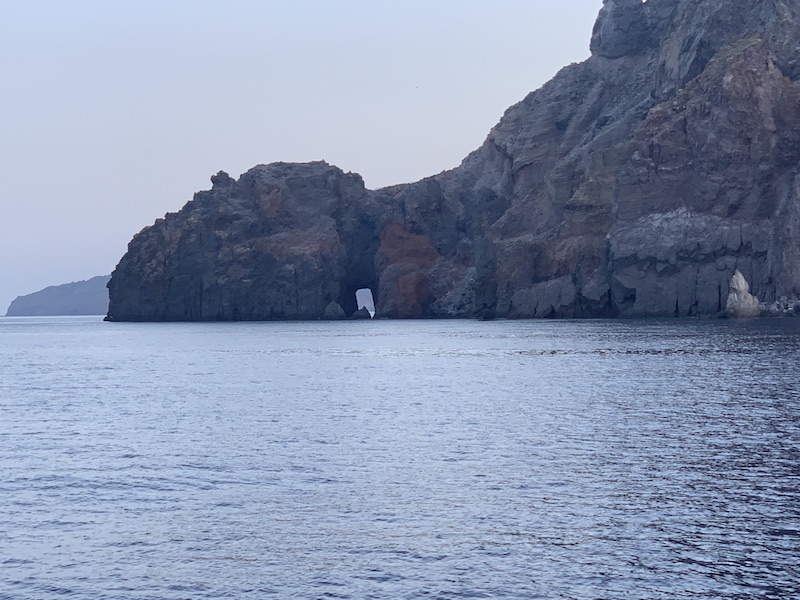 Wind was getting stronger … the other boat was leaving. probably to the small harbor. I knew at that point we were too late. Grrr … a few hours later when the wind really picked up we went to the harbor as well. No place … we tried another anchorage but did not feel good. Back to the marina. They wanted us next to the ferry dock. No way we were going to put the boat there. Way too many high waves. The Marinero was not very helpful as well. There was no other place available so he walked away. But there was space only he would not let us put the boat there. Because there are ferries going in and out but not after a certain time anymore … The wind picked up quickly and we decided to just put our anchor right in the entrance of the marina. The wind would blow us out if anything would happen. Better than ending up the rocks! It was quite an adventure, to be honest … pfffff … but our final decision was the right one. No problems at all and a few hours later the wind started to die down. We had a good night’s sleep before the next day we would start the next 2 day sail to Sardinia. 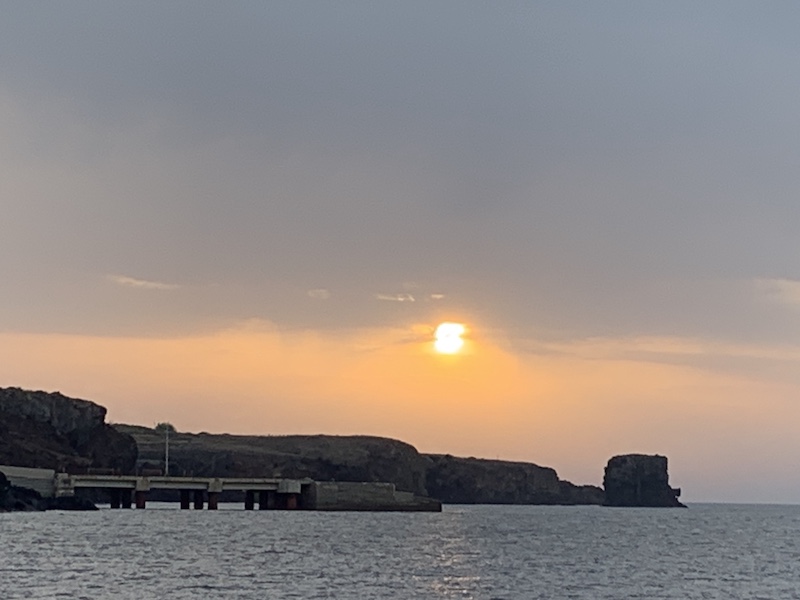 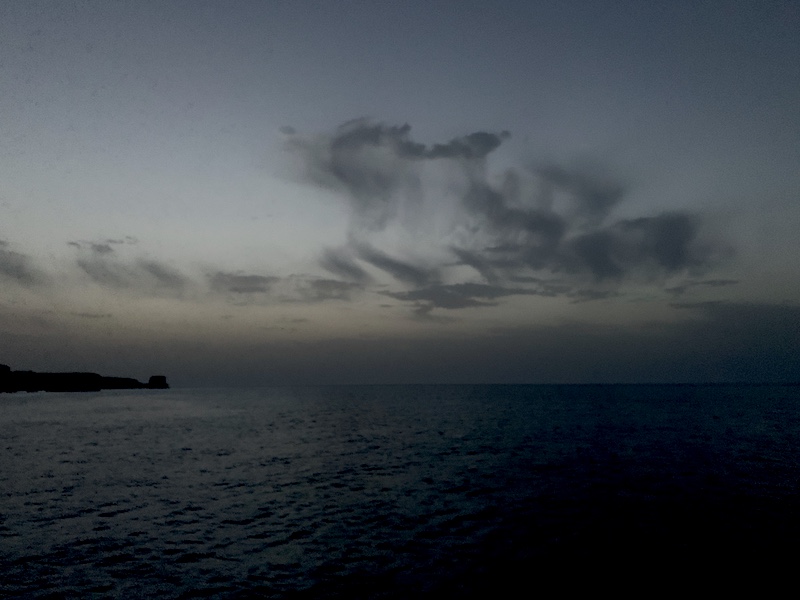 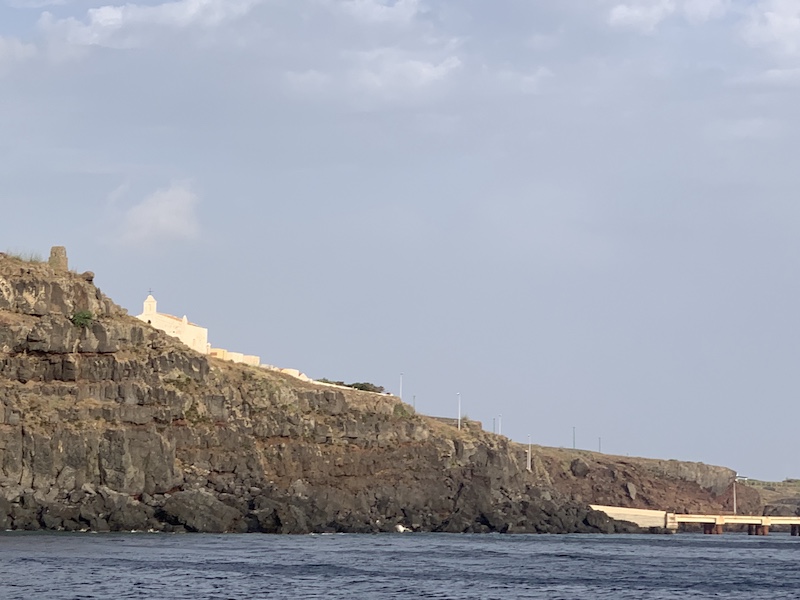 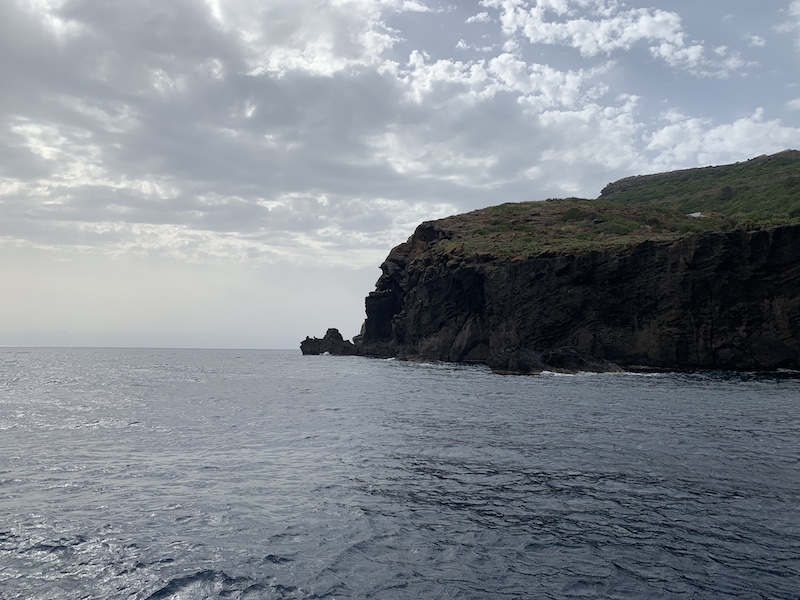 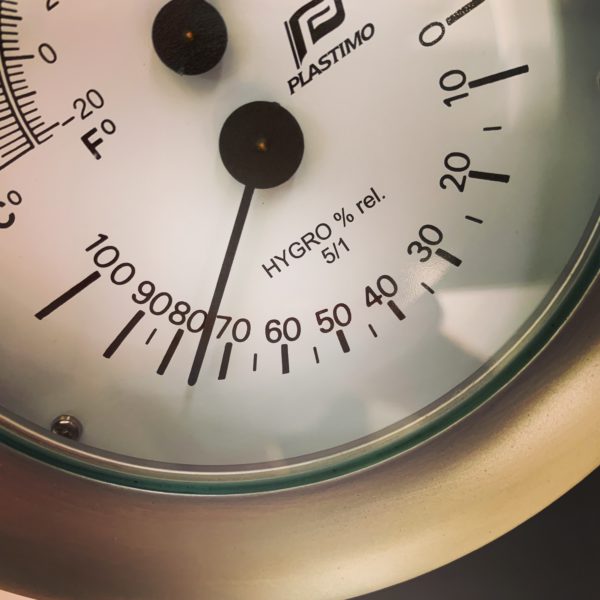 Ustica
Ustica is one of the smallest islands of Sicily. The island is a little more than 8km2. Like many nearby islands, Ustica is of volcanic origin. The coastline and the island itself I would say, is covered by rock formations that look pretty grim and mysterious.  The highest point of Ustica is Monte Guardia dei Turchi, climbing it is favorite by active tourists. Along the route you will see very scenic places. There is great diversity of the local flora and fauna to be seen. The height of the mountain is only 248 meters, and the whole territory of the island is visible from its top. The island’s capital, the town of Ustica, is located to the east. The island offers unique architectural details and important religious sites, as well as handicraft shops and colorful markets in the town. The rugged coastline offers beautiful grottoes and caves. One of the most visited places on the island is Azzurra Grotto in the port of Santa Maria. Light of ray shine through this grotto that makes it look gorgeous. A lot of historical attractions are hidden under the water, so divers have a unique opportunity to see the ruins of old buildings sunk off the coast, as well as fantastic coral reefs. There are also many castles to visit. 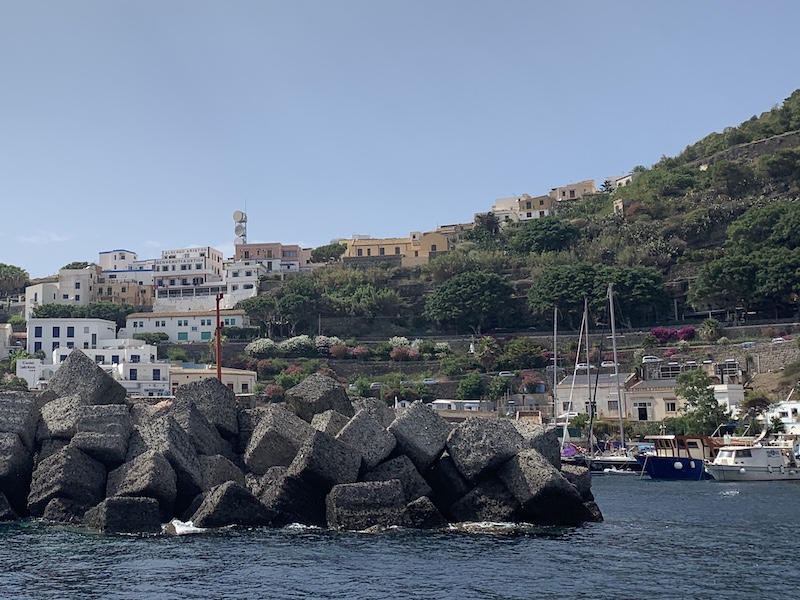 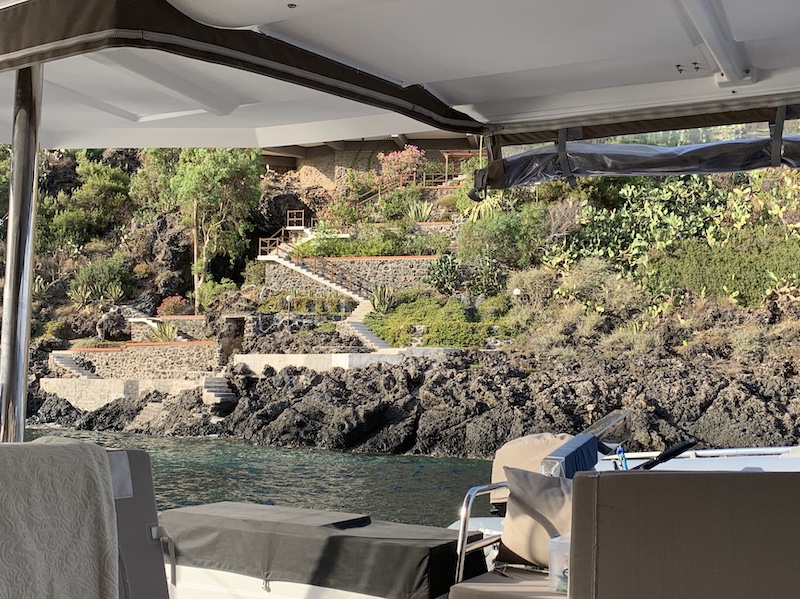 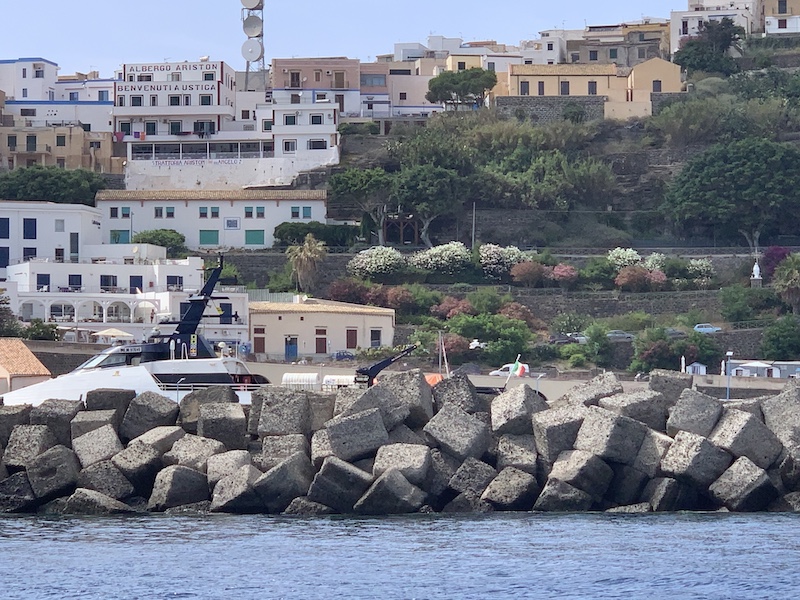 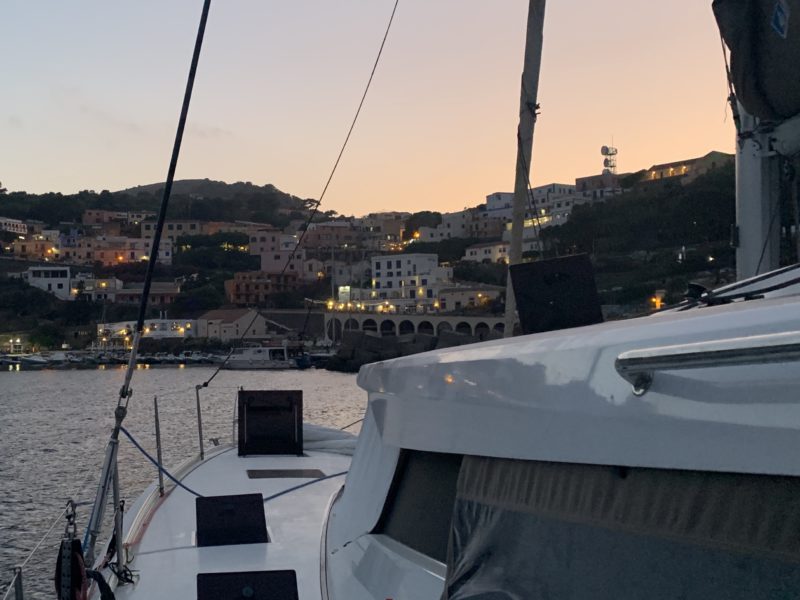 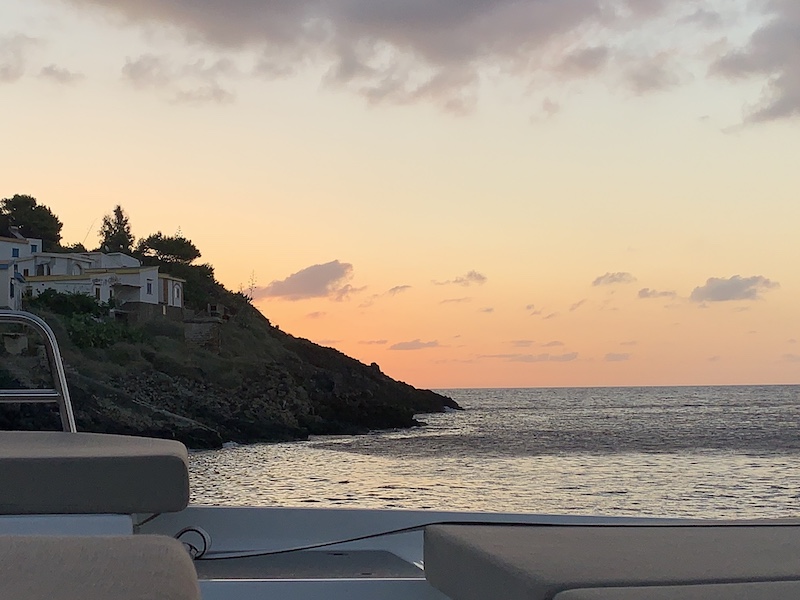 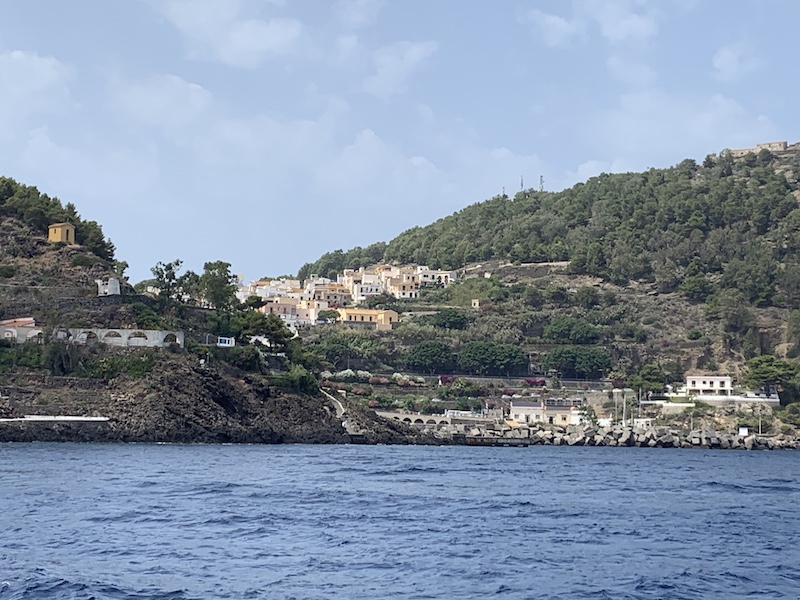 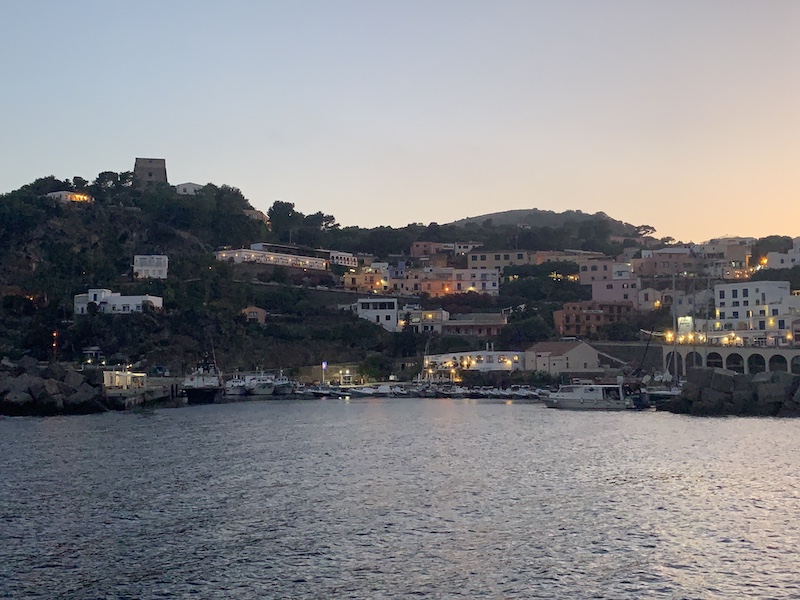 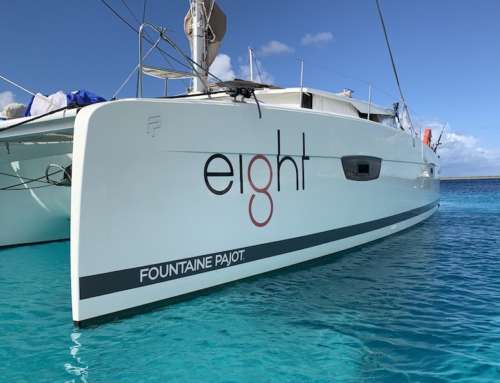 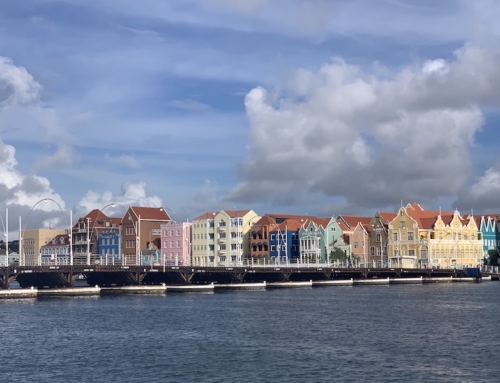 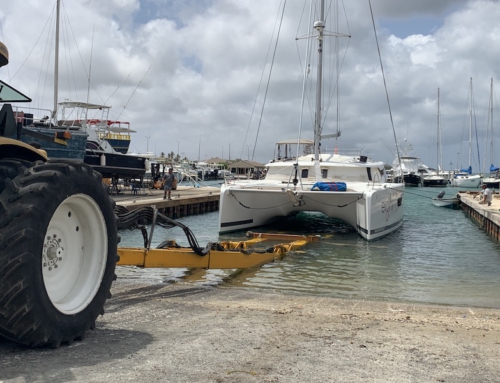 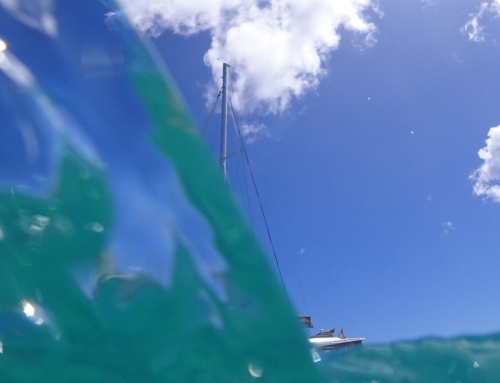 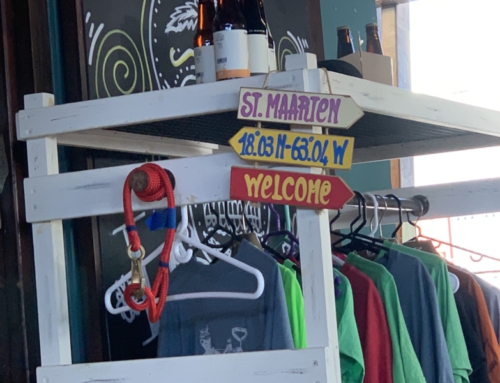 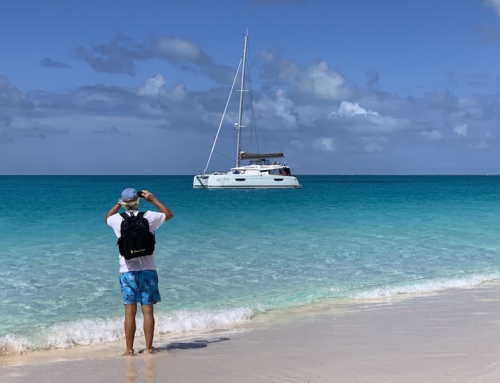